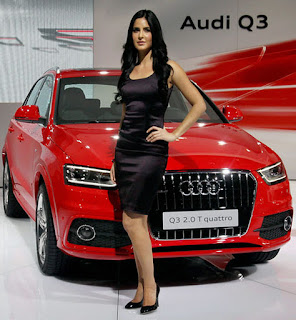 11th Indian Auto Expo (2012) is closely approaching with plenty of introductions and the manufacturers are holding their breath with a hope to thrive in the automotive industry in 2012. Around 55 new cars will launched at this Auto Expo, which a positive shift from 50 cars introduced in 2011 at same event. There were approximately 42 automobile manufacturing companies in 2011, and in 2012, it is expected to be 50. The Nissan will also be launching its Multi Purpose Vehicle independently. Actor Amitabh Bachchan and car designer Dilip Chhabria pose with Supercar-DC Avanti at the 11th Auto Expo 2012.