The Chase is On: Dhoom 3 second motion poster out

The Chase is On: Dhoom 3 second motion poster out 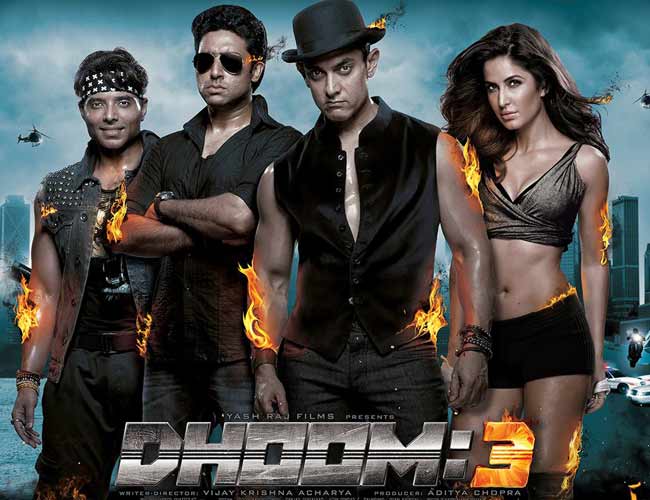 Tuesday, October 01, 2013 10:45 IST
Yet another sizzling motion poster of the forthcoming movie "Dhoom 3" is out online and looks like a reminder to fans about what they are about to experience with the release of the movie

While the first motion poster didn't reveal much except Aamir Khan's chiselled body, this one has more thrills and chills attached to it.

Aamir plays a negative role in the movie and the smirk on his face gets your attention. The movie, which has always given bikes and villains a lot of limelight, has bikes jumping over cars and bridges in the second motion poster.

The focus then shifts to the four main protagonists- Aamir Khan, Abhishek Bachchan, Uday Chopra and Katrina Kaif. The leads pose in a heroic manner as a fire rages around them. The graphics are well done. The sound of a bike racing adds to the thrilling feeling. The signature tune of the "Dhoom" franchise takes the musical lead soon followed by the sound of the bike.

Aamir will be seen in a negative role in the third installment of the franchise while Abhishek Bachchan and Uday Chopra reprise their role as ACP Jai Dixit and Ali respectively. Directed by Vijay Krishna Acharya, the movie is set to release Dec 20.

Similar topics
» Will Aamir play a gymnast in 'Dhoom 3'?