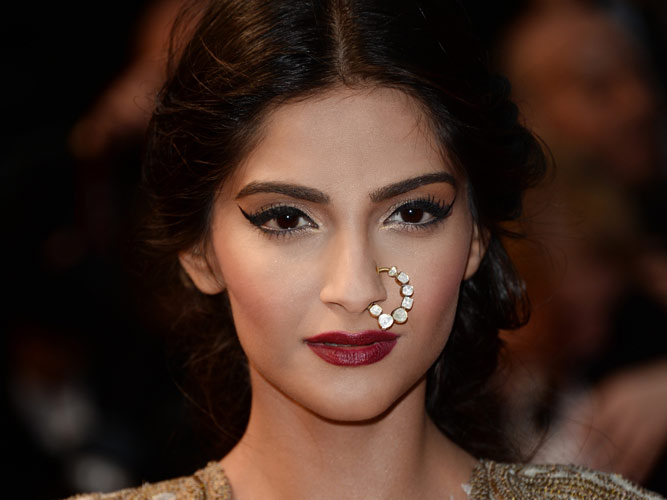 So far, Sonam Kapoor has never given vent to the comic aspect of her personality. When, for the first time, she attempted comedy in Nupur Asthana's rom-com, yesteryears star Rishi Kapoor helped her get her timing right.

"Rishi uncle is such a fine actor. It's incredible to work with him. I've learnt so much from. My comic timing in the film was taught to me by Rishi Kapoor," said Sonam about her work in the film being produced by Yash Raj Films.

"I am not allowed to say much about the film. But Nupur Asthana is one of the nicest people I've worked with.

Sanjay Leela Bhansali, Rakeysh Omprakash Mehra, Aanand L. Rai and now Nupur are the directors who have really given me a lot of confidence as an actor. Being a female director Nupur makes me feel very beautiful," added the actress who recently gave hit movie "Raanjhanaa".

Meanwhile Sonam, who often hogs the limelight for her style statements, admits she loves the image of the fashionista. "I love dressing up. I like to put on beautiful clothes. For me, it is important to look my best. It's part of the way I am. But it's also an image, and an image that I hold precious to my heart. I don't make an effort to be considered fashionable. I think a partiality towards tasteful dressing comes naturally to me," said the 28-year-old.