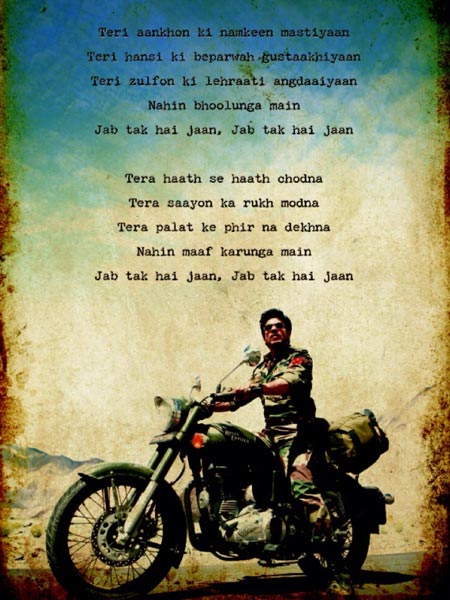 The poster of Yash Chopra’s new movie Jab Tak Hai Jaan is out.
The poster with a rugged-looking Shah Rukh Khan on a bike and
Hindi poetry took us back in time, temporarily.

The rustic poster with poetry is a good change from the ‘inspired’ ones we see often. We’re also liking Shah Rukh Khan in his army avatar complete with a rucksack and stubble.

The movie which was called The Yash Chopra Movie till recently has another poster - a close up shot of SRK and Katrina. 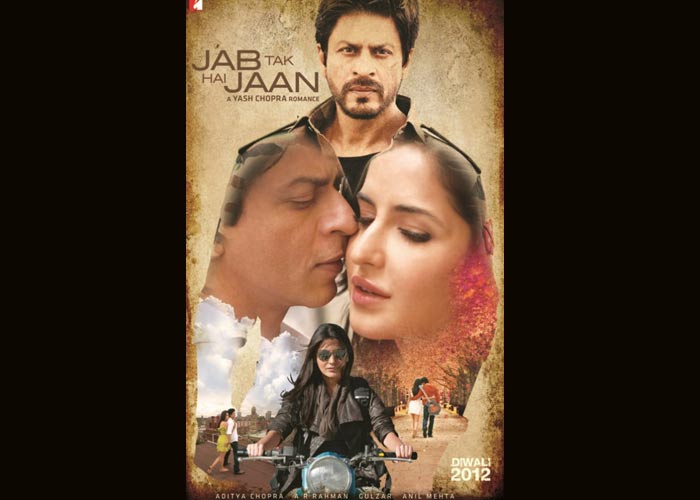 The name of the upcoming Yash Chopra film starring
Shah Rukh Khan, Katrina Kaif and Anushka Sharma, which was
kept a well-guarded secret, is finally out with this first look of the
film. Jab Tak Hai Jaan is among the most anticipated films this year
with SRK playing the role of a military man.

SRK and Katrina will be seen together on screen for the first time and the poster hints at the sizzling chemistry we can expect from the film.

The romantic flick, which marks the return of Yash Chopra to the director's seat after eight years, is slated to release this Diwali on November 13, 2012.