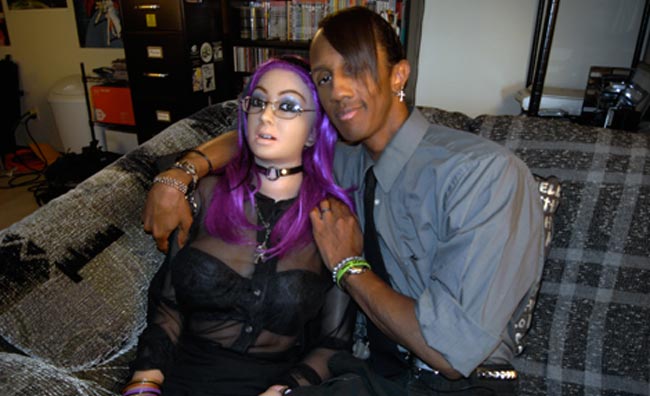 A 'technosexual' man has been living with a synthetic doll wife for the last 15 years, and believes that such a relationship is ideal for those who don't want to deal with "humans' inconsistencies".

Davecat, who considers himself an activist for synthetic love, and the rights of synthetic humans, had spent 6,000 dollars on Sidore Kuroneko, a ' RealDoll' manufactured by Abyss Creations in the shape of a human woman ostensibly made for sex, who he first saw at a goth club in 2000, and saved up for a year and a half to buy her online and make her his wife, The Atlantic reported.

Davecat, who appeared on TLC's show ' My Strange Addiction', as well as in a BBC documentary called ' Guys and Dolls', also purchased a similar doll in 2012 named Elena Vostrikova, who is his mistress, and the three live together in a one-bedroom apartment in southeastern Michigan.

He confessed that 70% of the reason he bought the dolls, which are covered in artificial skin made of silicone and even have a fake tongue, was sex and 30% companionship.

He said that it felt "perfectly normal" to treat something that resembles an organic woman the same way he would treat an actual organic woman.

Davecat revealed that part of their appeal is that "they don't possess any of the unpleasant qualities that organic, flesh and blood humans have", and admitted that getting romantically involved with an organic woman didn't seem to be worth it.