Movie Review: With 'Besharam', Ranbir Kapoor sinks to a low

Movie Review: With 'Besharam', Ranbir Kapoor sinks to a low 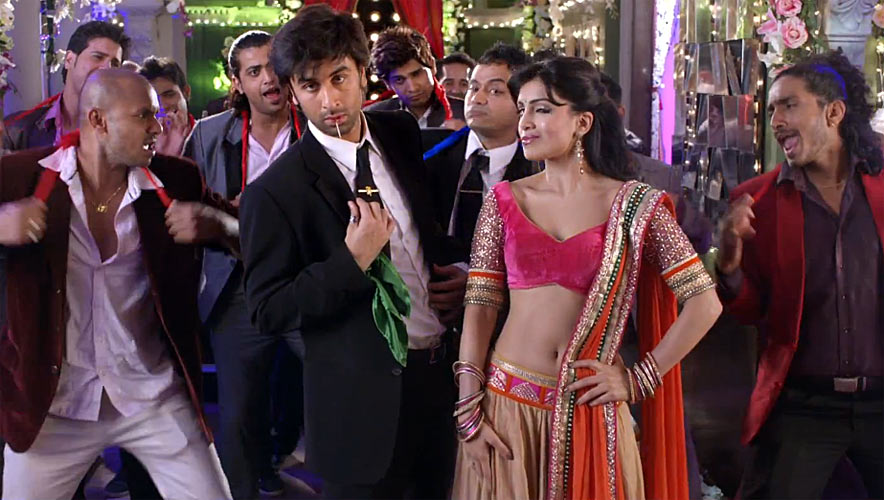 The number of times that Ranbir Kapoor, that simmering restless bundle of unstoppable talent, calls himself 'besharam' is not funny.

And I do mean, NOT funny. The plot is evidently written as a back-handed homage to the 1980s and 90s' cinema of outlandish logistics where coincidences covered up for the lack of a sound scriptural sense , and every actor screamed his or her dialogues to conceal the embarrassment of doing stuff that no one with an iota intelligence believed to belong in the realm of probabilities.

But even the logistics of the cinema of the absurd had a rhythm of its own. Besharam is entirely devoid of any rhythm, sur or taal.It's shot like an ongoing television sitcom where the actors are clueless about which way the intended laughter would take them. Everyone in Besharam from the redoubtable Rishi Kapoor to the gifted-in-her-own-right Himani Shivpuri is in it for fun.I am sure the script when it was narrated to the actors must have had them in splits. 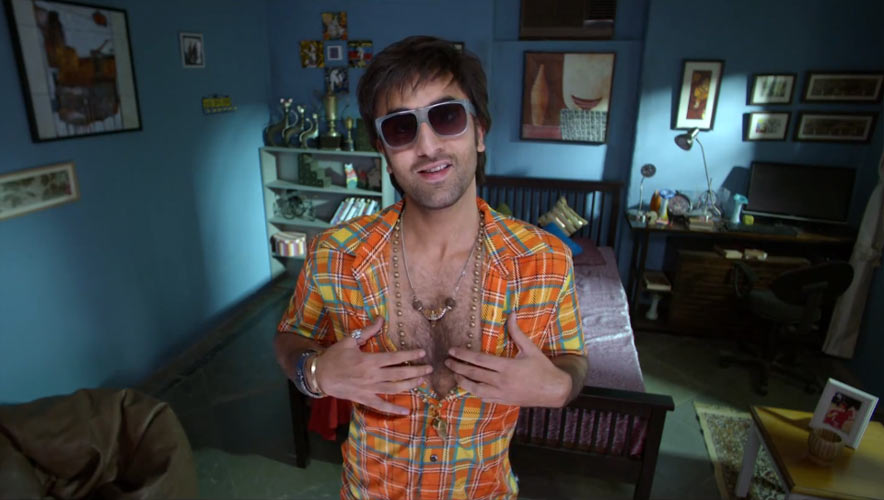 Why not? Director Abhinav Kashyap's debut in Dabangg gave a new language to the Hindi commercial cinema. The language of cocky hero-giri . But then Dabangg featured Salman Khan who doesn't need to act to impress audiences. He doesn't even try. Ranbir Kapoor in Besharam goes the other way. Every scene in the film is an 'acting' moment. Ranbir does the equivalent of a very accomplished gymnast who must impress the sports council that he is qualified for the next Olympics.

The director obviously thinks very highly of Ranbir's talents.So do we. But does that mean he must attack every scene like an audition? There is a desperation in the narration hidden out of our view, but discernible nonetheless. A desperation to project the protagonist as infinitely wacky.

Cynical disregard for basic decency is meant to be cool in this film.In the endeavour to imbue Ranbir's car-thief's character with a sense of mischievous artlessness the narration becomes woefully heavy-handed. The tone adopted is that of a conversation between two reputed stand-up comedians who are out to prove they can convey the seriousness of existence even while maintaining the jokey tone that is expected of them.

Everyone barring the villain Javed Jaffrey is given funny lines to speak. They speak it with with twinkle-eyed pleasure that, alas, is lost somewhere as it makes its way from the screen to the audience. There are passages of excruciatingly gauche writing where the actors run around in circles trying to be cute replicas of characters from the movies in the 1990s.

Among these aimless drifters in the province of the potboiler are Rishi Kapoor and Neetu Singh playing a corrupt quarrelsome Haryanvi cop couple. Their roles seem to start with the firm resolve that their real-life relation to the hero would be kept completely out of bounds. But then as the script progresses real-life references like 'Tum toh meri maa samaan ho' and 'Main tera baap hoon' creeps in until the margin of satire shrinks to the extent of being non-existent. We finally come to a stage where Rishi Kapoor and Neetu Singh `adopt` Ranbir's character. 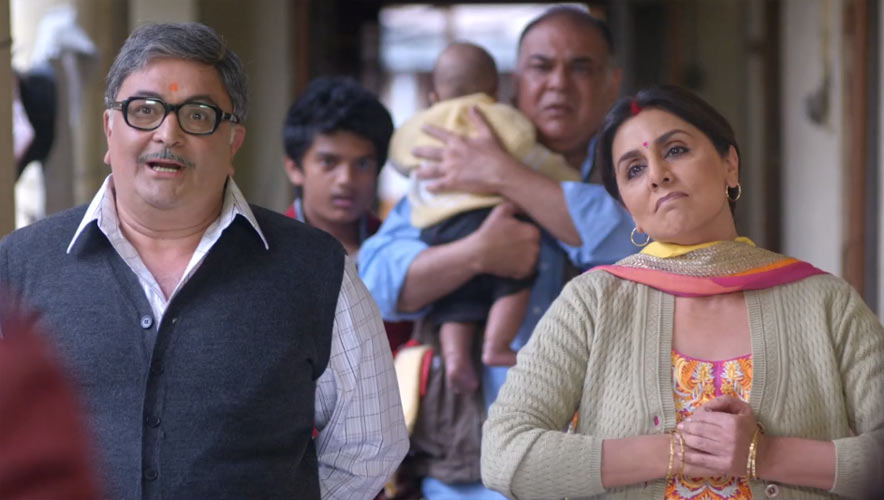 `Go for it, ` Ranbir's sidekick Titu(well played by Amitosh Nagpal) tells the hero. `You even look like the female cop(Neetu Singh).`

The trouble with mainstream Hindi cinema is that when all is said and done, it is nothing but a star-vehicle. Besharam stars off by cocking a snook at conventional trappings. It eventually ends up sucking up to cinematic cliches, and sucking up with no pretence of subtlety.

Besharam is clogged with plot holes into which the characters happily fall .There they remain happily wallowing in the uni-dimensionality of their narrow world-view. The fuss, if you must know, is over a posh car bought by the girl that our hero Bunty has fallen for. That the girl Pallavi Sharda seems to belong to another plot and another film is besides the point. Bunty loves her, period, and what follows is a series of goofy escapades where Bunty outwits the villain. Laughter. 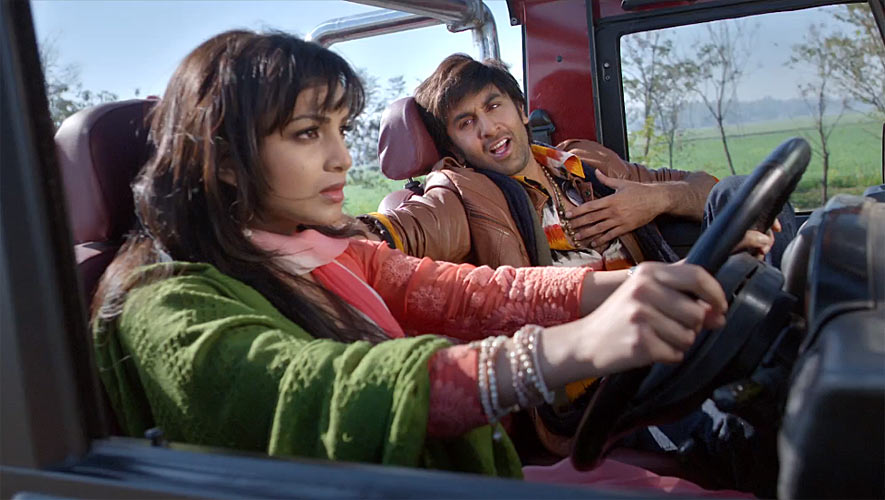 All this would have been entertaining if it were not for the train of mishaps that hit the itinerant plot. The songs barge in one after the other. They are neither melodious nor entertaining. A lot of energy is invested into the musical pieces . But finally we are left with a numbing sense of anxiety as talent seems to be squandered in the quest of lowbrow entertainment.

It is sad to see Rishi Kapoor being reduced to sitting on the potty and noisily clearing his bowels. Please show some respect for your own talent, Mr Kapoor. As for Ranbir by now we know he is all-rounder.Surely we didn't need proof of that!After Barfi , we needed to see this super-gifted actor take his skills further, and not drag them down to the a level of a roadside tamasha.

Besharam was probably meant to be an achingly funny tribute to the cinema of Manmohan Desai of which Rishi Kapoor was an integral part. It ends up being more of garish variety-show where the presenters laugh at their own gaudy colours and their pronounced sense of the outlandish. We never quite share their merriment. 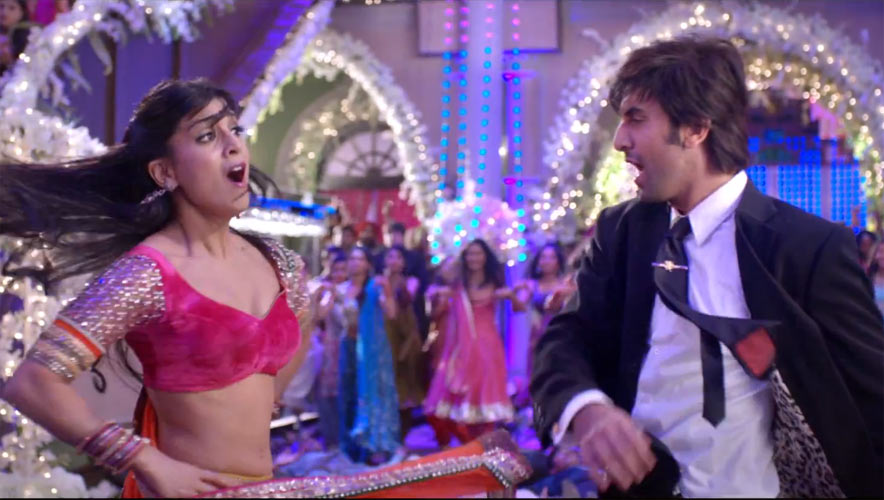 In one sequence our Besharam hero(I had to call him that at least once) intrudes into the heroine's work place, proposes to her and describes how he would get sterilized after they have two children.

The team behind Besharam was so busy being smartly satirical they didn't realize when they went overboard.