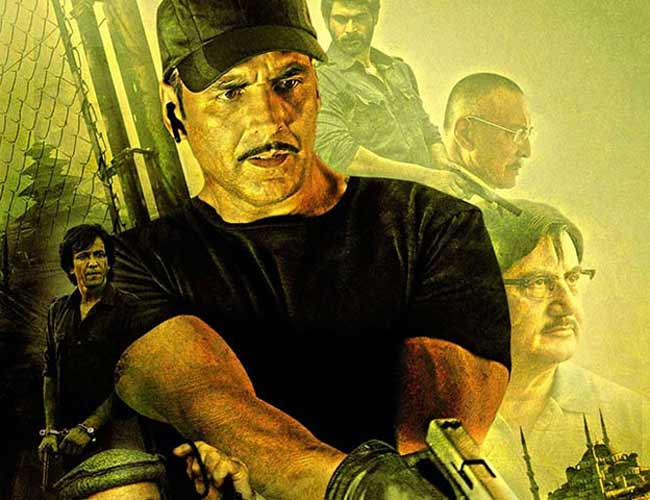 Undoubtedly Indian cine industry is one such place which has the widest spectrum of genres and a huge brigade of cine wizards who are masters of their respective trades.

Almost a century ago when Indian cine industry came into existence, probably no body would have thought of in his or her remotest dreams that someday this budding sapling called, Bollywood, will emerge as one of the largest potpourri of diversity and cine genres. But it did.

With passage of time even sub-genres branched out from their parent cine ilk. Be it romance, comedy, horror, patriotism or action, every shade of Indian cine making not only widened its approach, but also emerged as a breeding ground for new ideas of many of our cine Magus, who every time tried to modify the aforementioned cine genres to make their cine offerings look more appealing to the viewers. As the time passed by style and definition of romance got modernized, horror became more spine chilling (courtesy technological advancements), comedy became sarcastically hilarious and patriotism got diversified.

Ages back cinematic patriotism use to have a very confined scope where heroic sagas of our iconic acting legends use to revolve around the core of front-line combats only. But then the time changed, and with transition in the nature of insurgency and terrorism , even perceptions of our cine literati changed which further prepared the ground for newer cine ideas like spy espionage flicks and counter terrorism cine sagas.

Eras changed, enemies changed nature of perception and presenting mannerisms changed, but the patriotic spirit and response and expectations remained the same. Even in this age of Indian cinema, spy thrillers or counter terrorism cine narrations are one of the most sought after delights among the viewers. Be it "A Wednesday", "Black Friday", "D-Day", "Madras Cafe", "Holiday - A Soldier is Never off Duty" or the just released "Baby" fans have a indescribable fascination for such cine cantatas and when it's something circumscribed around Indo-Pak love and hate relationship, then the expectations become even more wild. And I guess many of our the Bollywooders are well aware of the fact, hence they seldom let go any such opportunity where they can reap the maximum out of this evergreen cine idea. 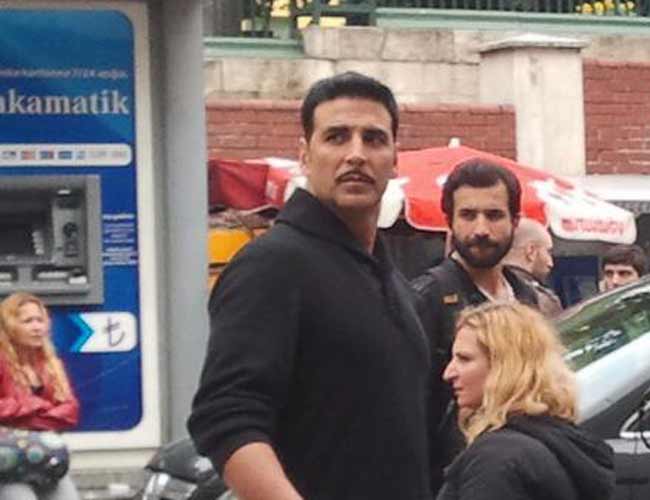 This time the man who has tried to cash upon the glitter of this treasure basket is none other than, "A Wednesday" and "Special 26" fame Neeraj Pandey who has come up with his cinematic counter terrorism spy espionage cine narration "Baby". Starring Akshay Kumar, Rana Daggubatti, Anupam Kher, Tapsee Pannu, Anupam Kher et al, this Neeraj Pandey creation is about a special operations wing of commandoes called "Baby".

Firoz (Danny Denzongpa) is the head of "Baby" and his team of daredevil officers comprises of Ajay Rajput (Akshay Kumar), Jai Singh Rathore (Rana Daggubatti), Priya Suryavanshi (Tapse Pannu). With frames rolling ahead narration of "Baby" shows that Ajay gets a tip from one of the traitors in Istanbul, that some of the anti India terror outfits are planning a massive massacre in India.

Soon after getting the sniff of this unholy news Ajay along with his team swings into action and while unfurling the entire mystery gets to know that this entire conspiracy is brain child of, Maulana Mohammed Rehmann (Rashid Naz ) and Bilala Khan (Kay Kay Menon) the notorious head of an anti India terror entity. So what follows next, does Ajay manages to ravel the ribs of Maulana and Bilal's plan? To know you have to watch this new age counter insurgency saga of Neeraj Pandey.

Well when it's about something dealing with terror saga's or the espionage then certainly it is a good idea to have the realistic cues in one's cine narration to add to its authenticity and make viewers relate to it. As far as premise of "Baby" is concerned then it has them and without an iota of doubt it flows like a well-crafted Hollywood movie but in spite of the such an impeccability and presence of many inspired from real life kind of cine incidents it fails to emerge as something out of the box. Be it the leading antagonist of the movie, terror nexus prevailing in south Asia and it's middle east connect, reference to surgical strike / covert operation or the role of social media in instigating the terror. Everything has been so generously blended to the plot of "Baby" by Neeraj that you conveniently get a sniff of the real life instance which has been painted on the celluloid. And if we talk about the cinematic smartness, then certainly Neeraj has done that by keeping "Baby" as something very neutral. Though the plot of "Baby" up till great extent exposes some of the anti-India forces but in spite of that Neeraj has made sure that no one community gets an advantage at the cost of other. In order to do that he has smartly knitted a monologue in "Baby" to make it look socially desirable as well as neutral. 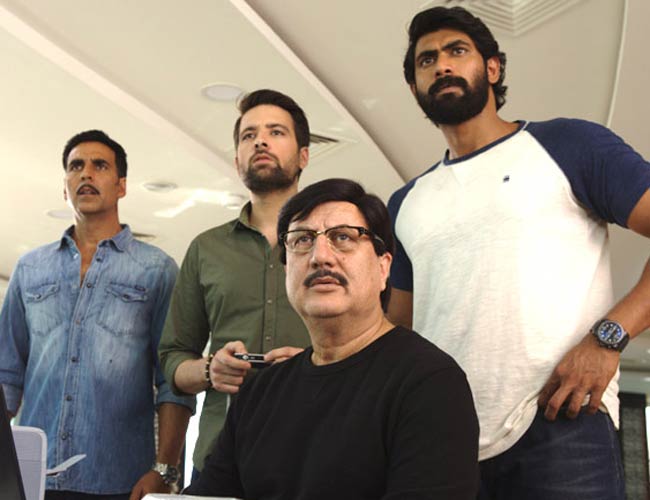 But in spite of the presence of aforementioned qualities narration of "Baby" never turns out to be something nail biting cine thriller. And if we compare "Baby" to the Neeraj's earlier terror cine volume A Wednesday then the difference in the quality of the two looks extremely huge.

Unlike many fluffy spy espionage tales of recent times, "Baby" undoubtedly has more simple, realistic and mildly thought provoking plot but in spite of that throughout the run time you feel the dearth of something and that is i.e. entertainment.

Dose of thrill in this cine enterprise of Neeraj is not something challenging your adrenaline flow and remains consistent throughout the time, but had it been more tight and gripping then probably the end quality of this cine enterprise called "Baby" would have been far more higher and A-OK.

As it is a known fact to all the cine enthusiasts that, when it's about an action thriller then screenplay becomes as important as the premise. And if we talk about "Baby" then certainly it is adroitly crafted without any gaudy decorations around it. Be it the flow of narration or the sequential shift of the events, everything up till great extent remains consistent and somewhere down the line makes you draw parallels between "Baby" and "A Wednesday" and even some of the Hollywood flicks. Best thing about screenplay of "Baby" is that, unlike many other action thriller placebos of recent times it never goes overboard to make the protagonist look like some Super Hero.

Though at some places slow pace of narration makes you feel that the movie has come to a standstill, but because of tight editing of Shree Narayan Singh you somehow agree to overlook this off and on flaw. But one thing which may grab your attention is haywire detailing which at many a places look paradoxical to the preceding sequence. On cinematographic front Sudeep Chatarjee has done a decent job and has adroitly shaped some of the most aureole sequences of the movie with utmost brilliance. DoP of Sandeep Ravade thoroughly contributes to the overall appeal of "Baby". But the technical aspect which remarkably saved the fate of "Baby" is editing of Shree Narayan Singh, and that's because even a minute solecism on Narayan's part would have pushed "Baby" in the quagmire of tedium and vapidity. But the man realized his responsibility and by his uprightness managed to keep a check on the length of sequences and the overall length of the movie. 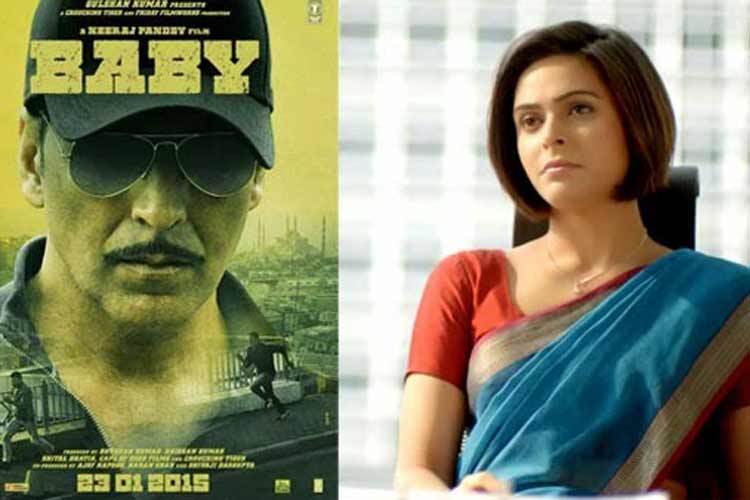 Action of Cyril Raffaelli and Abbas Ali Mogul are cent percent realistic and never makes you feel as if you are in some kind of vicious circle where you are bound to tolerate the Parker tantrum of the onscreen protagonists to perceive and implore them as super human.

After "Holiday", with "Baby" Akshay Kumar once again returns to his home territory and as usual conveniently manages to slip in the robe of a quintessential action hero. But as we know the performance potential of Akshay then keeping that in view "Baby" makes you feel that had Akshay been aptly utilized be Neeraj then probably he would have taken this cine enterprise to a next level.

Danny Denzongpa suited booted as upright chief of an intelligence looks thoroughly acquainted with the demands of his character.

Anupam Kher who comes out in open in the second half remains underutilized, but in spite of that contributes to one of the most relevant perspective of the movie. Though with Anupam makers of the "Baby" try to tickle the funny bones of the viewers but this attempt of this sinewy performers as well as the makers goes in vein because of the kind of intensity those rhetoric monologues have and the overall idiosyncrasy of the movie.

At one juncture Anupam calls Rana Daggubatti "The Hulk" and believe me in reality Rana's part in movie is like that only where he doesn't get much chance to exhibit his ability to deliver the dialogues and ends up looking like a pumped up chunk of beef placed to assist Akshay in his missions.

Despite being in a cameo Taapsee easily manages to make her presence feel by her kick ass babe avatar.

Rashid Naz as hate worthy Maulana Mohammed Rehman is top notch and by his acting brilliance manages to instigate you to hate him.

Unlike other protagonists as well as antagonists of "Baby" Kay Kay Menon gets a very less breathing space to exhibit his potential and gets wasted totally due to the reasons best known to the makers. Madhurima Tulli as Akshay's wife is simply adorable in parts. 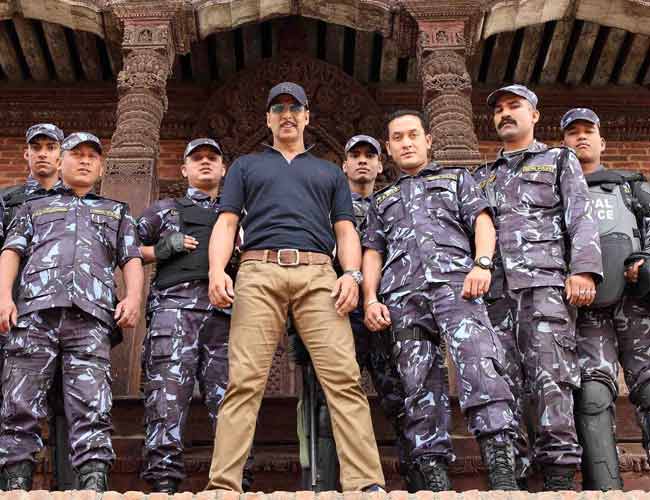 To sum up, well when it's about some action thriller or something pertaining to spy espionage saga circumscribed around the core of Indo-Pak rivalry and terrorism then it is quite obvious for any and every cineaste to have sempiternal expectations. As far as meeting those herculean expectations is concerned then one can do that either by being acrimoniously realistic or by shaping his cine concept with ample amount of thrill, action and other relevant cinematic horseradishes to suite the entertainment gut of the viewers.

If we talk about "Baby" then it is something which looks lying next to the former strata. Where it takes cues from some real life characters and incidents and after a thorough pulverizing appears on the celluloidic salver.

But there is no denying the fact that in the past many such attempts have already been made in form of Black Friday, 26/11 and many more and these cine flicks have set the benchmark really high, and as far as "Baby" is concerned then in spite of the incorporation of tons of technological sophistication it up till great extent fails in matching that benchmark.

"Baby" certainly has a simplistic and realistic appeal on every front but that aspect is not potent enough to make it a nail biting thriller, which is a must have trait for such cine creations. "Baby" certainly has a few whistle worthy sequences and rhetoric chunks in it but they are too less in number. It joggles and wakes the patriot within you but fails to motivate it.

And at last but not the least, though the movies like "Baby" are not created to fall in the league of entertainers, rather they have an aim to send across a message and apprise the masses with some of the astringent truths but unfortunately "Baby" doesn't even do that. Therefore keeping in view some of the aforementioned facts I am going ahead with two and half star for a cine flick which could have fetched three plus rating had it succeeded on at least one of the aforementioned fronts. So in nutshell "Baby" is too simple to enter the league of memorable patriotic spy espionage sagas.