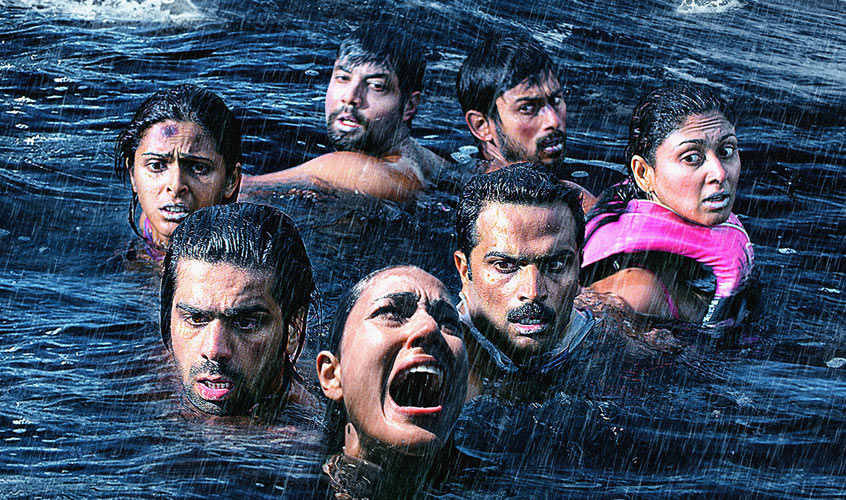 Bollywooder's fascination for Hollywood concepts is by now an open secret, and at times the ideas of going ahead with Hollywood concepts have worked too, but there is no such mandate that, "a dark horse will always win a race". In the recent times with the emergence of numerous novel and captivating genres, our Bollywood men have also developed a fascination for adventure especially the ones pertaining to seafaring.

So far we have seen this seafaring adventure blended with some kind of treasure hunt, but this time "Warning" producer Anubhav Sinha along with director Gurmeet Singh has tried to portray it as a "sea-junket-gone-wrong".

The narration of the "Warning" primarily is about a "marine excursion of friends gone wrong", where a bunch of school pals plans a reunion. Within no time after commencement the narration of "Warning" lands in the scenic milieu of Fiji, where Taranjit Singh Bakshi (Santosh Barmola) arranges a yacht trip for all his friends comprising Sabina (Manjari Fadnis) once love interest of TJ but now married, Anshul (Varun Sharma), Deepak (Jitin Gautam), Aman (Sumit Suri) and Gunjan (Madhurima Tulli) and yeah Sabina's lil daughter Sara.

But the hell breaks loose, when this streak of enjoyment ends-up in the lap of disaster, when all seven of them decides to have a dip into the deep blue sea. 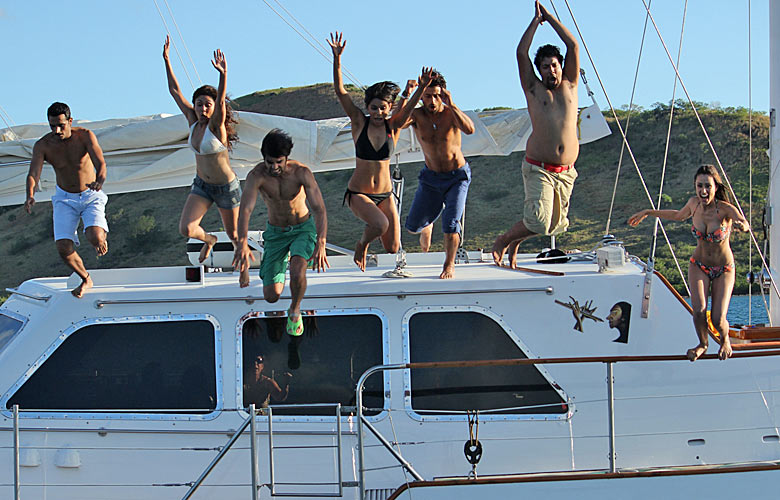 As far as story-line of "Warning" is concerned then despite all your conscious and honest efforts, it is impossible to see the script of "Warning" as something original in nature. Probably while penning down Warning Gurmeet would have tried his level best to develop a tale altogether novel in spirit, but in-spite of that the theme of "Warning" keeps on giving you the "pangs of reminiscence" pertaining to Hollywood movie "Open Water 2: Adrift." So on the freshness front "Warning" actually don't have any newfangled concept in the offering.

Certainly script of "Warning" has all the flavors of making an engaging film, be it youthful enthusiasm, apprehensions and adventure, or a nerve freezing disaster, but in spite of that it's the lacking execution which takes its toll and completely the deflates the potential and though concept deployed behind the movie.

So in nutshell we can say that it's the execution part which pushes "Warning" in the marshes of boredom.

Well if we talk about 3D aspect associated with "Warning" then all that could be said about it is, "Warning would had have a similar impact even if it would have been presented without a decal of 3D over it." And that's because by now cine buffs have become quite habitual of watching a smooth 3D action on the celluloid and something imperfect, obtruded unnecessarily on the name 3D distracts them. In case of "Warning" even this 3D additive looks too bland, call it inability of Gurmeet in using this infallible arrow or whatever but 3D garnishing of "Warning" completely fails in seizing the psyche of the audience and positively contributing to the movie. 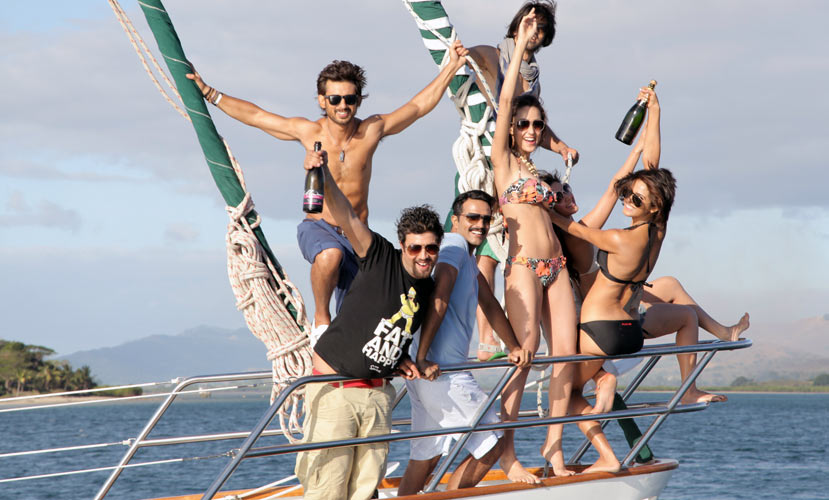 If we talk about John Stewart's background score, then it is quite in accordance with the intensity of onscreen proceedings because had it been exceptional, then probably it would have separated itself from the visual offerings. In editing department Chiragh Jodiwala is just OK whereas cinematography of Franz Pagot up till an extent makes you sit till the culmination.

In the performance Santosh Barmola has done a decent job as TJ, after "Grand Masti", Manjari Phadnis has once again tried to prove her acting ability in a better manner. Although I had many expectation with Varun, who literally rocked as 'Choocha' in "Fukrey", but due to confined role-play scope he doesn't get much opportunity to perform, but in-spite of that the guy conveniently portrays his character. Sussazne and Madhurima add some amount of glamour to the movie and look confident in their respective roles.

Again because of haywire kind of entertainment in the offering, it will be wrong to expect any word of mouth publicity for "Warning" and in the absence of some major star-power the movie probably will sink on BO and go un-traced. 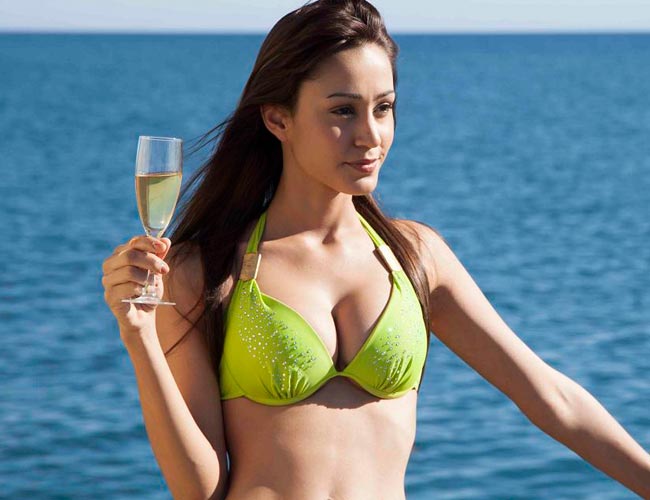 'Forewarning', despite the availability of all the resources which could have made "Warning" an entertaining or at least engaging saga, its maker completely fail in making use of them. So in nut shell "Warning" is avoidable, because ignoring it won't fetch you any remorse.